GOOD LUCK TO EVERY WOMAN!

To each woman! Yes, because EnterprisinGirls also talk to you  a student or to you who are looking for work, women entrepreneurs and professional women; EnterprisinGirls aims to improve the lives of women through RELATIONSHIP. 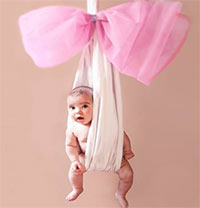 A RELATION born about two years ago between the founders of EnterprisinGirls, a RELATION which begins today with you.
Here we are, come out into the world and, over the emotion, the anticipation of finding the closest friends and the public in general, has seen a curiosity: What is happened in the world, in history on this date?
Searching the net, we were hit by some events that occurred in the years 1868, 1918, 1961, 2008 and of course 2014. On November 4, put together, to name a few, Carolina Otero, Barack Obama, Fabiola Gianotti, the end of World War I, the Day of National Unity, the birth of the second television channel RAI (Rai 2) and we EnterprisinGirls.it 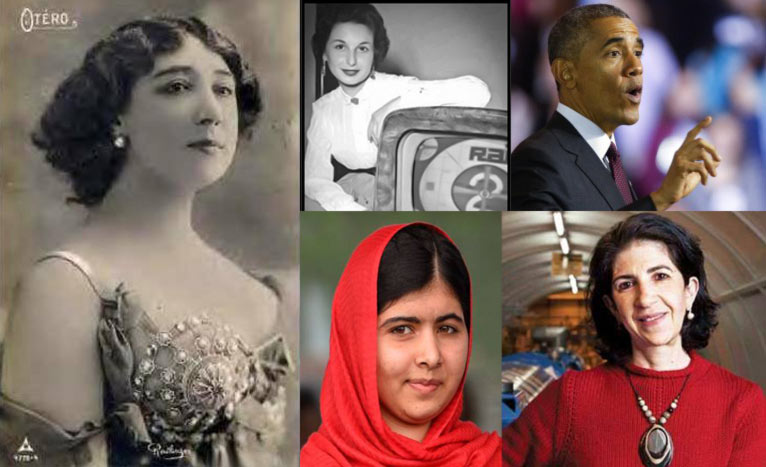 On this day: November 4, 1868 Carolina Otero was born. One of the most famous women on the continent, the first star in the history of cinema. She was born into a poor family, suffered rape at the age of 10 and then became sterile ... said of herself: "I was a slave of my passions, of men never."

On this day: November 4, 1918 Italy celebrates the end of the First World War. And 'the Day of Unity and National Armed Forces Day. Most of the women who works daily for peace? Women Against War. Women for Peace!
Malala Yousafzay October 2014, the 17 year old Pakistani activist who was awarded the Nobel Peace Prize in 2014, is the youngest person to be awarded the Nobel Prize in the history of all the award categories. Listen to her speech

On this day: November 4, 1961 – Second Channel RAI was born. In March 2014, Rai, during celebrations to mark the 90th Anniversary of Radio and Television of the 60th, decided to organize a conference dedicated to women and their growth and awareness. The conference "Woman is ..." was the opportunity to talk about the woman's relationship with politics, economics, innovation, culture and the media, with the aim to highlight hers ability to achieve significant results even in the presence difficulties, stereotypes, limitations. A useful link to listen to the testimonies of Italian and foreign women who have reached the peak of their careers, without violating, but rather strengthening the gender.

On this day: November 4, 2008 - Barack Obama is elected president of the United States of America. It 's the first time in history that the highest office in the US is covered by an African-American. Women's vote was the key to the Democratic victory (along with the vote of the people under the age of 30) chose Obama, 56% of women voters ... November 2014, the USA, Obama: "No more women paid less of men. And compared to pregnant workers " Watch the video

today, November 4, 2014 the Italian Fabiola Gianotti has been appointed director general of CERN in Geneva. It 's the first time that a woman is the head of the European laboratory for particle physics. ITALIAN PRIDE!

Then we are born under a lucky star?

This time travel has fun and made us reflect on the changes of the role of women in society. Then, as always happens when you surf the net, the questions follow each one after the other, and so is ticked another curiosity: What attributes carries with it the number 4? From an internet search, the "4" represents stability, practicality, ability to accomplish what it sets out with a great force of will.

... or if not applicable, these are just us!

A new adventure awaits us, we are ready and eager to grow. Follow us in the short we will open a space for your comments, get to know and confront various issues.
For majora!